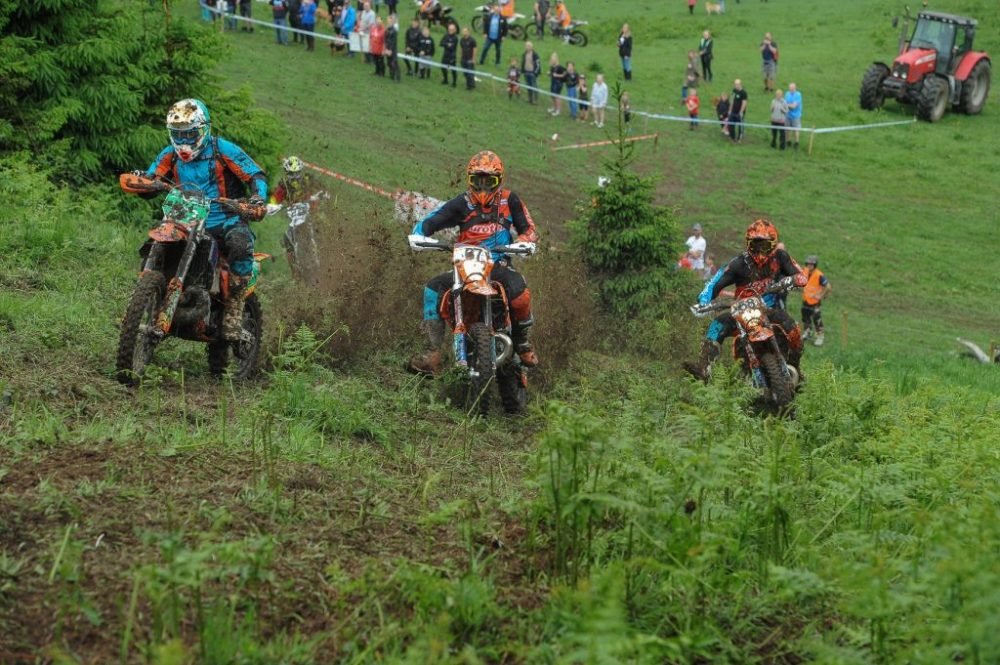 Sunday 3rd June saw the Edge Offroad crew host The Motul Edgeberg Hard Enduro at the awesome Kilburn White Horse venue – with the clue being in the title, and the rain that seems to attend nearly every event so far in 2018, it was certainly going to be a challenge for the men, leaving the boys to sit at home and watch the original Erzbergrodeo on the TV!

As promised, the team did exactly what it said on the tin! With some tough hill climbs, descents, and off camber woodlands, some classic Cross Country going, including some Special Test areas, this was sure to be a great event!

The Kids got Mini Edgeberg underway slightly earlier than planned, for a gruelling one and a half hours. With 11 Youth and 3 Juniors ready to go, it sure was going to be fun to watch. These lads and lasses were on a much shorter course than the Adults, but it was still tough due to the amount of rain that came down Saturday evening.

In the Youth class, Billy Haigh on his new KTM 125 took an awesome win on a massive 10 lap tally, with John Stanley taking an easy second place home on eight laps and a very happy Brook Johnson rounding out the podium in third on 6 laps.

In the Juniors, Tobias Stansfield’s hard enduro training paid off, taking an awesome win on his little KTM65 getting 3 laps under his belt! And RG Racing rider Charlie Page just wanted to officially finish, and took second managing to complete 1 full lap.

Once the Kids had finished, it was time for the Edge crew to make the necessary track changes in preparation for the start of the main Motul Edgeberg event! This was going to run for three hours regardless, and it sure was going to be a tough slog! Maybe a case of survival of the fittest, bravest and those that dig really deep and don’t quit? Or maybe just stubborn!! Starting slightly later than planned, the Experts got off to a flying start with Scott Altass taking the holeshot! Unfortunately this didn’t last, Scott not feeling it, ended up not finishing. The Westgarth brothers were closely on his tail up the first hill climb.

This time Edge team rider Joe Deakin had no major competition so he was made to start AFTER the last row of Novice riders…right at the back of the pack, with a 6 minute delay on the Experts. At the end of lap one, Wil Westgarth came round in first place, setting fastest lap of the day on 12 minutes 9 seconds, looking smooth and in control on his brand new Eurotek KTM. Deakin came through in seventh place… At the end of lap two Deakin had gained the lead! Wil had a mechanical issue, snapping his rear brake pedal off so ended up having an early bath, but brother Joe kept going, again looking ultra smooth all race! 14 year old Burt “Burtsberg” Crayston on his Baydale D3 Racing KTM150XC-W was on a mission too! Not wanting to drop too far behind the leaders, Burts pushed all race to claim a mega result with a third on the podium on 7 laps! Showing all his training is paying off, he certainly is a star of the future! Very proud parent moment! Joe Westgarth secured second spot on his Eurotek KTM and completed 9 laps and Joe Deakin completed a whopping 13 laps on his WM Moto Husqvarna. Absolutely awesome to watch, and certainly made everyone wonder how difficult this Edgeberg really was!?

In the Clubman class Robert Allen had a storming ride all day, clearly in his element on the harder going, and absolutely over the moon to win the Clubman class, having never won a race before and got second overall on 10 laps. Richard Hawes pushed on all race and secured a second spot on the podium with 6 laps, and Jason Hirst grabbed third place, suffering with a back injury, but still managed to complete 4 laps.

In the Vets class, Alex Owen on his SJP Husqvarna, pushed through the pain barrier and completed eight laps in agony, Ricky Tropman was delighted his KTM crossed the line, singing a nice tune to him after finishing second on six laps and Kieran Jordan just wanted to finish so was delighted he got third place with a 4 lap tally.

In the Sportsman class – Jack Winn, on his Jetson Racing KTM150XC-W, had a stonking ride! Jack looked totally relaxed all race, and didn’t even have to pit due to his machine being finely tuned! Finishing with an 8 lap tally Jack was absolutely over the moon but no more do than his poor mum who was panicking he’d run out of fuel! Mega team effort and a well deserved win! Harrison Utley just keeps going from strength to strength on his Husqvarna 250F, taking a fantastic second place on 3 laps, after his front sprocket broke into pieces on the second lap, him then having to sprint back to the paddock to repair the damage! Mark Cummings rounded out the Sportsman podium managing to complete 2 laps.

The Novice class riders really all deserved a Finishers Medal! Everybody deserves a mention in every class, but these lads really are special! Andrew Guy was over the moon to take his first win at Edge managing to complete 4 laps! Jonathan Lambert-Cousins was elated to secure second on 3 laps and Graeme Smith, who has never competed in an Enduro before, took the third spot on the podium managing also a 3 lap tally.

A massive Well Done to everyone that took part, you all deserve a huge pat on the back! Ultimate respect to everyone that started, you pushed yourselves out of your comfort zone, and the finishers should be super proud – less than half of the starting field actually finished! Plans already in place for the 2019 Edgeberg Hard Enduro event, to make things bigger and better, watch this space!

A massive thank you to everyone for coming and supporting us, especially to every single one of the Marshals that took time out of their weekend to help out in tough conditions!

Next event is a Practice Day and Protect My Income Rd 5 near Ripon on the weekend of June 16/17th. The post code will be released this week! Entries are open – www.edgeoffroad.events or the Event Mobile is 07557 447084, text your name, class, rider number and if you need a licence and we will get you booked in! See you all soon! 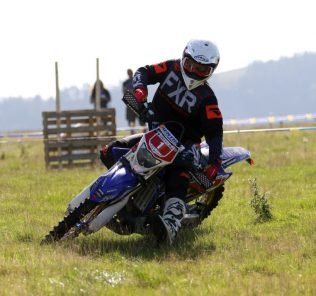 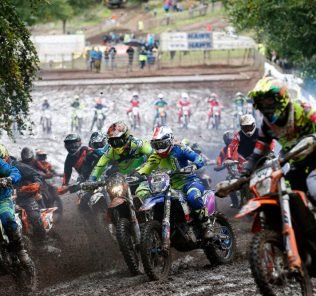 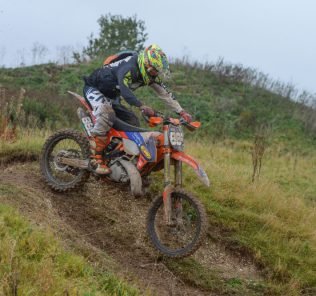